Today’s entry in forgotten heroes is Prize Comics’ Black Owl. The Black Owl has an interesting evolution, not unlike a few other characters in the early days of superheroes. As Doug Danville he first appeared in Prize Comics #1, in the guise of K the Unknown. As K, he wore a orange bodysuit and black mask. In the next issue, he has already changed to the Black Owl, a situation that is not explained as his girlfriend Terry Dane is already comparing him unfavorably to the superhero. As Black Owl, he is costumed as a pulp hero in a suit, hat and mask. A few issues later, he is wearing the more common superhero costume of tights and a cape. 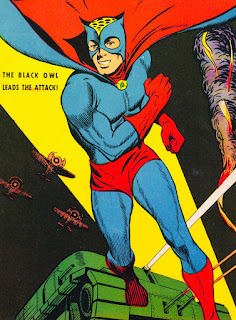 First Appearance: Prize Comics #1 (As K the Unknown), Prize Comics #2 (as Black Owl), March 1940
Summary: The Black Owl was secretly Doug Danville, a wealthy New York playboy. Wanting to fight crime, he briefly called himself K the Unknown. He changed alter egos shortly afterwards, and became the costumed hero the Black Owl. He became socially (or romantically) involved with old acquaintance of his, Terry Dane. She was a private investigator, and as the Black Owl, Doug often became involved in her cases. Terry frequently compared Doug to the Black Owl, urging him to be less lazy and more brave, though one suspects she must have known the two were the same person.

Eventually, Doug dropped the pretense of being a coward, and gave up being the Black Owl so that he could join the military. He urged his friend Walt Walters, father of the crime fighting twins Yank and Doodle, to continue as the Black Owl in his absence.


The Black Owl has no powers and rarely used a gun in most of his later appearance, but he was an extremely capable brawler. 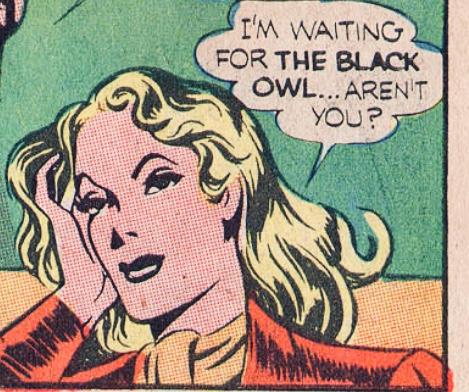 To create the Black Owl, I started with a Batman Heroclix. This is appropriate since the Black Owl was obviously a Batman stand-in. To be fair, he never adopted a kid sidekick and his relationship with Terry Dane was far more interesting than any relationship Bruce Wayne ever had with a female supporting character in the golden age. Anyway...I added a little putty to the cape and mask, and repainted the Owl in his dark blue and reddish brown color scheme. 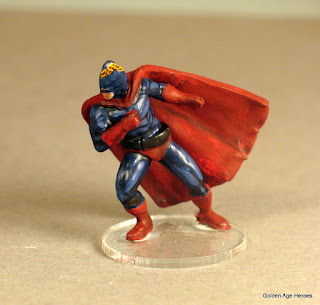 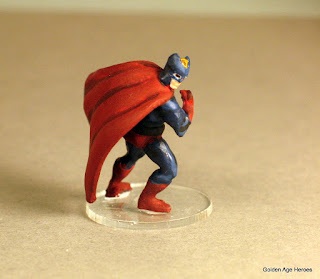 Further Reading: The Black Owl (in Prize Comics) at the Digital Comic Museum