I'm starting with Airboy because I have been familiar with him longer than most of the heroes that I will cover on this site. That is largely due to the great 1980s comics produced by Eclipse Comics, my first introduction to great comic talents like Chuck Dixon and Tim Truman.

Airboy first appeared in Air Fighters Comics #2, cover dated November 1942 and was created by Charles Biro, Dick Wood and Al Camy. In the war years, hero pilots were probably more popular than super heroes in the comics and Airboy proved to be one of the most popular. In 1945, the title was re-titled "Airboy" and lasted until 1953. Legendary artists who worked on the title included Carmine Infantino, Fred Kida and Dan Barry.

After Hillman's discontinued comic publishing in 1953, the character lapsed into the public domain. When Eclipse comics revived the series in 1986, the story picked up in the modern era with the son of the original Airboy. 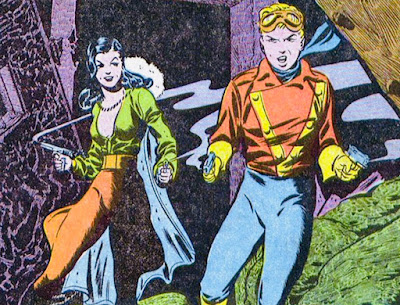 First Appearance: Air Fighters Comics #2 (Nov 1942)
Summary: David Nelson was the son of a famous pilot, and was orphaned at an early age. He was raised in a monastery in Capistrano, California. Drawing his inspiration from the famous swallows, David, along with a monk skilled in aircraft engineering (??) built an advanced fighter plane, the "Birdie."  It's wings "flapped," as a birds, and was tremendously agile. In addition to his piloting and engineering skills, Airboy was a formidable hand to hand combatant. 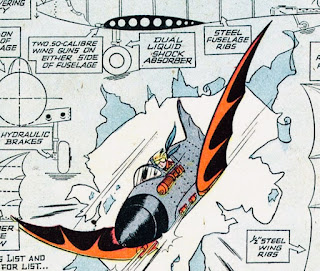 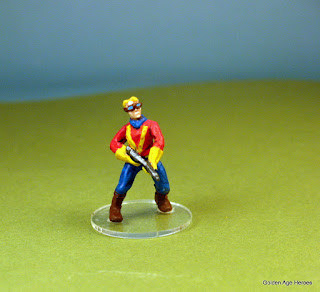 My Airboy miniature started as a Bucky Heroclix, with a little green stuff for a scarf and to turn the mask into flight goggles.